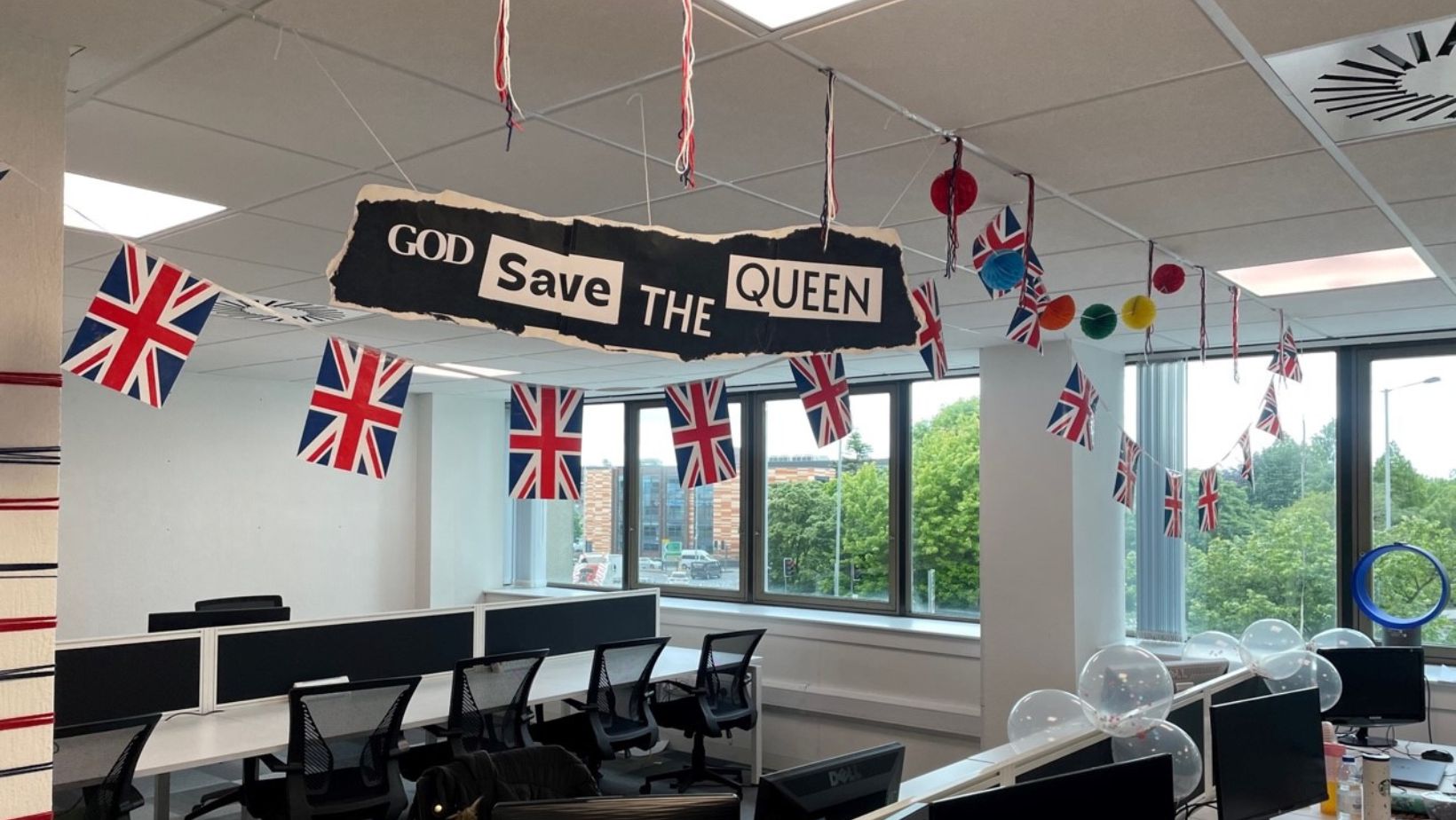 Celebrating the Platinum Jubilee in the office

On the 2nd of June, the Lloyd James office was filled with celebrations for the Queen’s Platinum Jubilee! To honour 70 years of Queen Elizabeth II being on the throne, our team celebrated together with games, fancy dress and more.

What is the Platinum Jubilee?

This year marks 70 years since Queen Elizabeth II’s coronation took place. This is a remarkable achievement, so it was no wonder why thousands of people across the country celebrated the Queen’s Platinum Jubilee from 2nd June to 5th June.

At Lloyd James we decided to bring the celebrations into the office, with competitions and delicious food available for our staff members. Competitions included working in teams to create the best themed Jubilee areas, with a hamper gifted to the winning team. Celebrating in the office was a great way of involving our team together and respecting the achievements of Queen Elizabeth II.

How did your team celebrate the Queen’s Jubilee?

This website uses cookies to improve your experience while you navigate through the website. Out of these, the cookies that are categorized as necessary are stored on your browser as they are essential for the working of basic functionalities of the website. We also use third-party cookies that help us analyze and understand how you use this website. These cookies will be stored in your browser only with your consent. You also have the option to opt-out of these cookies. But opting out of some of these cookies may affect your browsing experience.
Necessary Always Enabled

Any cookies that may not be particularly necessary for the website to function and is used specifically to collect user personal data via analytics, ads, other embedded contents are termed as non-necessary cookies. It is mandatory to procure user consent prior to running these cookies on your website.